To share your memory on the wall of Ralph Paladino, sign in using one of the following options:

To send flowers to the family or plant a tree in memory of Ralph S. Paladino, please visit our Heartfelt Sympathies Store.

We encourage you to share your most beloved memories of Ralph here, so that the family and other loved ones can always see it. You can upload cherished photographs, or share your favorite stories, and can even comment on those shared by others.

Tuesday Night Pool Team, Craig a fay the Yankees color guard, and other have sent flowers to the family of Ralph S. Paladino.
Show you care by sending flowers

Posted Dec 06, 2019 at 09:53am
Joey & Family, Please accept our sincerest condolences on your loss. You and your family are in our prayers.

Posted Dec 06, 2019 at 08:57am
Rosemary, Sabrina, Joey, Marleigh, Mikayla & Madison,
Words cannot express how saddened I am to hear of Ralph's unexpected passing. I have so many fond memories of him. As you already know, Dee was the first to welcome him with open arms. May all of the cherished memories you have of him be painted in a rainbow of colors that will never fade.
Love, blessings & prayers for strength & healing,
Erica Wood
Comment Share
Share via:
F

Posted Dec 06, 2019 at 07:15am
My deepest sympathy to you Rosemary and your entire family, you will be in my thoughts and. Prayers.
With Condolences,
Donna Magaro Dye
Comment Share
Share via:
CG

Posted Dec 05, 2019 at 10:12pm
Wishing you peace to bring comfort, courage to face the days ahead and loving memories to forever hold in your hearts. 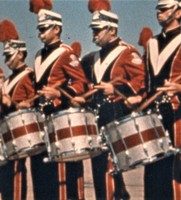