It is not always possible to pay respects in person, so we hope that this small token will help.

A gift to your family, sparing them hard decisions at an emotional time.

Offer a gift of comfort and beauty to a family suffering from loss.

If you have immediate need of our services, we're available for you 24 hours a day. 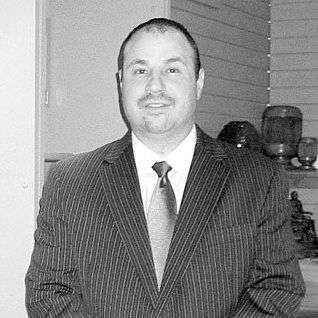 Charles was born in Utica on April 2, 1967, a son of the late Thomas L., Sr. & Dorothea (LaBella) Adrean. Charles was raised in Utica graduating from St. Agnes Grammar School and later from T.R. Proctor High School. He began his career in funeral service at Eannace Funeral Home, Inc. in Utica, in 1981 at the age of fourteen. Upon his completion of high school he graduated from Herkimer County Community College with an Associates Degree in Applied Science, later receiving a diploma from Simmons Institute of Mortuary Science in Syracuse, New York.

Charles has served thousands of families at their time of need. He has a passion for the Utica area and funeral service which led him to establish Adrean Funeral Service, Inc. in 2005. Since then he and his staff have been honored to serve many families. Adrean Funeral Service, Inc. is a full service funeral home second to none, catering to every family with compassion, dignity, pride and respect, leaving no detail to chance, with a staff of local
caring, familiar people.

About Our Funeral Home
Meet our team, read our story and tour our facilities. You'll also read what makes our firm unique, what families are saying about us, and more.

Obituaries
We invite you to view our archive of Book of Memories™ fully-interactive online memorials, each of which contains the information, social media tools and additional resources to support families when they need it most.

Don't wait until it's too late.
Contact Us for quality funeral services.