To share your memory on the wall of William Fonda, sign in using one of the following options:

There are no events scheduled. You can still show your support by sending flowers directly to the family, or planting a memorial tree in memory of William David "Wilbur" Fonda Jr..
Plant a Tree

We encourage you to share your most beloved memories of William here, so that the family and other loved ones can always see it. You can upload cherished photographs, or share your favorite stories, and can even comment on those shared by others.

Thank you Mark for your condolences and the fixing of the picture, it is deeply appreciated....

Posted Jul 09, 2019 at 12:01pm
Well goats I'm so sad your gone . But here's one of many stories , when my guys were little Uncle Goats was spending the night it was Christmas and the kids had lots of toys so me and goats stayed up all night playing with them! Thank God we didn't break any .
It was like we were kids again!
Comment Share
Share via:

Posted Jul 01, 2019 at 09:59am
This one memory sticks in my head about my brother Billy. One night I was baby sitting next door to where we use to live on Whitesboro st in Yorkville NY, and we were all on the couch watching TV and all of the sudden the window started to open and then one foot came through and we all started screaming and all of the sudden I hear Billy say "it's me your brother Billy, I need you to sew a button on my uniform for work" and I was like "wow", "Billy I almost hit you over the head" and he laughed and then we all laughed still scared but we laughed.
I will so miss my brother "Willy" and have many fond memories and as a lot of people know he was one smart man with a kind and generous heart of gold who gave up his last days on this earth to volunteer his time for the Veterans who he held close to his heart.
Comment Share
Share via:

Leave me alone . I can't be any sadder . Rest in peace my brother
M

Posted Jun 30, 2019 at 05:23pm
My husband and I knew Wilbur many years ago, He was a joy to be around, a memorable laugh, yankee fan, and more than willing to help out anyone. May God Bless his soul. Matt and Melanie Durr
Comment Share
Share via: 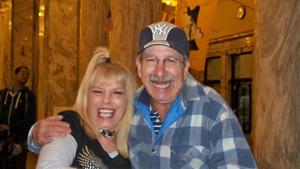 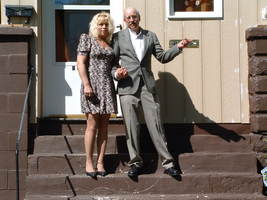