To share your memory on the wall of Charlene Crouse, sign in using one of the following options:

To send flowers to the family or plant a tree in memory of Charlene A. Crouse, please visit our Heartfelt Sympathies Store.

We encourage you to share your most beloved memories of Charlene here, so that the family and other loved ones can always see it. You can upload cherished photographs, or share your favorite stories, and can even comment on those shared by others.

Posted May 13, 2019 at 08:46pm
Bob and Debbie so sorry to hear of the loss of you sister may she rest in peace.
Gary Ollerenshaw
Comment Share
Share via:

Posted May 13, 2019 at 07:40am
CHARLENE WAS A SWEETHEART, I USED TO VISIT HER WHEN MY MOM MOM WAS AT THE PINES, BUT WHEN I LOST MY MOM IT WAS TOO HARD TO GO THERE ANY MORE, I DINT KNOW SHE MOVED OTHER WISE I WOULD HAVE WENT TO SEE HER,LOVED THAT GIRL,SHE WAS SO EASY TO TALK TO ALSO. SHES WITH THE ANGELS NOW, YOU ARE ALL IN MY HEART AND PRAYERS LOVE JUDY PIAZZA AND EDDY ARNOLD
Comment Share
Share via:
DB

Posted May 13, 2019 at 05:34am
Char, I'm blessed to call you my sister, I also call you my friend. You've loved me unconditionally, and stood through thick and thin. You've shared my joys and sorrows, my laughter and my tears. You've been my inspiration, as we grew up through the years. You played a big part in my life, but now that you are gone, the love that I still have for you will just go on and on. Love Always, Bob and Deb.
Comment Share
Share via:

Aunt Char, You will be missed by everyone. We will look out for Kevin for you . I am sure you were met by all your family up there in Heaven. RIP Aunt Char we love you!! Frank and Linda. Happy 1st Mother’s Day in Heaven ❤️ 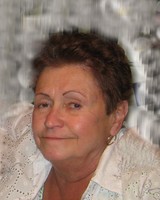