To share your memory on the wall of Marie (DeFazio) Pugliese Capra, sign in using one of the following options:

Utica, NY - Mrs. Marie (De Fazio) Pugliese Capra, age, 94 passed away on Thursday, January 7, 2021.
She was born in Utica, June 27, 1926, a daughter of the late Giuseppe and Grazia “Grace” (Domanico) De Fazio. Marie was raised and educated locally, graduating from T. R. Proctor High School. She later attended Utica School of Beauty Culture.
At one time, she was married to Stephen “Chick” Pugliese and later to Frank “Chick” Capra. Marie ran her beauty salon from her home on Lansing Street, in East Utica, for many years. At one time, she owned Studio IV Modeling Agency and Utica Gold & Silver Exchange, both businesses located in Utica.
She was a communicant of St. Mary of Mt. Carmel/Blessed Sacrament Church. St. Anthony’s Christian Woman’s Club, where she served as the chairman, are among her many memberships.
Marie had a great passion for the excitement of gambling at many different casinos. She was the coordinator for the “Bingo Buss”, organizing many trips, to various casinos throughout the area, including the Mashantucket Casino, now known as Foxwoods Resort and Casino and The Turning Stone Resort and Casino.
Our beloved mother led by example, there was never a job to large or to small that she could not tackle. She was strong, determined, and fiercely independent. Her personality was contagious to everyone she met. Her fashion and sense of style never went unnoticed. She was always dressed with the current styles. Marie was proud of her Italian heritage, singing to her grandchildren in Italian on a regular basis. She is survived by two daughters and a son-in-law, Donna Marie Colangelo, of Utica and Grace and Vincent Spitaletto, of NJ; four sons and a daughter-in-law, Francis “Corkey” Pugliese, of Frankort, James “Chipper” and Donna Pugliese, of Mohawk, Dino “Dean” Capra, and Frankie Capra, both of NJ; grandchildren, Nicole Colangelo and Nicholas Colangelo, both of Utica, Vincent Spitaletto, of NJ, Renee Pugliese-Rosenstein and her husband, Brad Rosenstein, of Albany, Marie Pugliese-Perrotta and her husband, Vincent Perrotta and Joya Spina, all of Utica, Jenna Pugliese and Alicia Pugliese, both of Rome, James Pugliese, of Utica, Joseph Pugliese and his companion, Josie, of Little Falls, and Michael Pugliese, of Syracuse; 16 great-grandchildren; and a sister and brother-in-law, Jessie and Raymond Lechevet, of New Hampshire. She is also survived by many nieces, nephews, great nieces, great nephews, cousins, a sister-in-law, Flora De Fazio of Utica; and special friends, Stephanie, and little Lucy Almond Spina. She was preceded in death by a son, Joseph Pugliese; two sisters and brothers-in-law, Patrina and Kelly Durse, and Angelina and Anthony Mattia; a brother, Carl De Fazio; and two very special friends, Carlos Sabater, and Jonathan. A Memorial Mass and celebration of her life will be offered on Saturday morning, at 10:00, May 22, 2021, at St. May of Mt. Carmel/Blessed Sacrament Church. Social distancing, registration for contact tracing, and a mask covering your nose and mouth will be required.
Online condolences are encouraged by the family to be left on the funeral home’s website. Arrangements have been entrusted to the Adrean Funeral Service, Inc., Utica, NY.

To send flowers to the family or plant a tree in memory of Marie (DeFazio) Pugliese Capra, please visit our Heartfelt Sympathies Store.

We encourage you to share your most beloved memories of Marie (DeFazio) Pugliese Capra here, so that the family and other loved ones can always see it. You can upload cherished photographs, or share your favorite stories, and can even comment on those shared by others.

Flowers were purchased for the family of Marie (DeFazio) Pugliese Capra. Send Flowers

Posted May 20, 2021 at 01:36pm
To Donna and family, Your beautiful mom! I haven't been on the bus for awhile, but I'll always remember her, especially since my mom Angela Gelfuso, and my Dad, Rudy Trombetta met each other as teens at her house, she introduced them! She and my mom were best friends may her beautiful soul rest in peace. Darlene Trombetta King,
Comment Share
Share via:
EM

Posted May 15, 2021 at 11:40pm
My love and memories I have is always her Beautiful smile and the lust bus for Bingo trips, one time our bus broke down in Conn. Foxwoods Casino at that time it was just Bingo. we sit and waited for 6 hours but she made us all laugh and most of all I loved her like my own mother R.I.P. Love Susie Rahauiser. 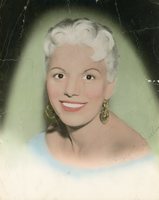