To share your memory on the wall of Michael Beha, sign in using one of the following options:

To send flowers to the family or plant a tree in memory of Michael D. Beha, please visit our Heartfelt Sympathies Store.

We encourage you to share your most beloved memories of Michael here, so that the family and other loved ones can always see it. You can upload cherished photographs, or share your favorite stories, and can even comment on those shared by others.

Posted May 24, 2021 at 08:39pm
I had the privilege of working with Mike at Sears for many years. You were always there for me as a mentor, a brother or a shoulder to lean on, but most of all a friend. You will be missed. God bless. Tom W
Comment Share
Share via:
PH

Posted May 24, 2021 at 07:25pm
HAD THE PLEASURE OF WORKING WITH MIKE AT SEARS,ALWAYS RESPECTED HIM A SUPERVISER AND SOMEONE WHO HAD INTEGRITY IN THE WAY HE DID HIS JOB AND HANDLED HIS RESPONSIBILITIES,BUT WHAT I MOST REMEMBER ABOUT MIKE WAS HIS SENCE OF HUMOR AND HIS COMMON SENSE. I THINK THE BEST WAY TO DESCRIBE MIKE WAS HE WAS A COMFORTABLE PERSON TO BE AROUND, ALWAYS POSITIVE ALWAYS SMILING. A REALLY SPECIAL MAN. I FEEL VERY FORTUNATE TO HAVE KNOWN HIM. PETE HRYB

Posted May 24, 2021 at 07:05pm
I'm not one to have the right words....but I had the privilege to work with Mike at Sears , I'm lucky to have crossed paths with Mike, he had such a positive influence in my life.
Comment Share
Share via:
SP

Posted May 24, 2021 at 10:13am
I worked with Mike at Sears for many years. he was the BEST manager that I ever had. He was a true a true gentleman in every sense of the word. Wil certainly be missed by many people. May he rest in peace. Santo La Porte
Comment Share
Share via:
BB 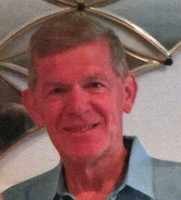