To share your memory on the wall of Joseph Damiano, sign in using one of the following options:

Print
Joe Damiano was warm and funny and real. For 77 years, Joe brightened our world with his unique brand of love, passion and authenticity. He could make you laugh and let you know you were loved. He could transform a pile of antique motorcycle parts in... Read More
Joe Damiano was warm and funny and real. For 77 years, Joe brightened our world with his unique brand of love, passion and authenticity. He could make you laugh and let you know you were loved. He could transform a pile of antique motorcycle parts into an expertly restored work of art. He could make or fix anything, play the trumpet, and eat pie like no other. He was a spiffy dresser and the leader of the pack. He was Dad, Pop, Poppy, Pops, My Dude and Big Daddy. He was Joe, lovable from head to toe, and he was one of a kind.
Joseph A. Damiano was the son of second-generation Italian Americans, married his childhood sweetheart, was a devoted family man and a great friend. His hardworking, providing ways were undying to his family. He was a perfectionist with everything, including his antique Harley Davidson rebuilding/refurbishing, often taking first place awards. But nothing else really mattered but family.
Joe was born in Utica, New York, on July 17, 1942, beloved son of the late Andrew and Rose (Albano) Damiano. An only child, he was raised and educated in local schools including T.R.
Proctor High School. He married the love of his life, the former Margaret LaBella, on February 24, 1962, in Historic Old St. John’s Church in Utica. They shared a loving marriage for over 57 years.
After holding positions with body shops in the Utica area and later establishing Diamond Body Shop on Blandina Street in Utica, Joe moved his family from New York to Florida. In 1972, when he and Margaret were 30 years old, the family of six relocated to Lake Worth, Florida. Rosemary was 10, Andy 9, Christine 8, and Joey was 3 years old.
As owner and operator of Damiano & Sons in Lake Worth, Joe worked side by side with his dedicated sons, Andy and Joey, restoring and fixing exotic cars and antique motorcycles. The bikes were built from the ground up many times, just being offered to them in pieces or cardboard boxes.
Joe’s motorcycles were world renowned and sought out by many collectors. He took first place awards on numerous occasions and was featured in various magazines. His extensive collection over the years included Harley-Davidsons of 1915, 1920, 1933-38, a rare, 1938 Crocker, and many more Harleys: 1946-47, 1952, 1963, 1980, 1982, 1984, 1986, and 2013.
Motorcycles were his passion. You could hardly sit with Joe and not talk about bikes. He was a walking encyclopedia and a master of rebuilding. A true legend in his time.
During the 70’s Joe thoroughly enjoyed weekend boating with his family as well as nights spent at the infamous Peanut Island in Palm Beach County, Florida.
In 1979, Joe and his family worked together to build their custom home in Lake Worth, Florida.
Staining baseboards, painting walls, laying wood flooring and other labors of love were handled with all hands on deck. Dinners were sometimes shared over a concrete-built grill for grilling hot dogs while sitting on homemade benches. This was “home” for the past 40 years, and his beautiful bride is still enjoying the fruits of labor from the family’s shared efforts.
Time spent with family was what Joe enjoyed most. He insisted the family eat together during childhood days. Dinner was at 5 and you had better not be late. Special holidays, Joe enjoyed immensely with his family. Every holiday was spent with his immediate family. It was all about the family, good, bad or indifferent - Joe loved his gang immensely. His children, grandchildren, nieces, nephews, as well as cousins, aunts and uncles were many of his favorite humans.
Joe enjoyed spending time with his grandchildren on the weekends, whether it was golf cart rides, tractor rides, wagon rides, making dough or stealing Nonny’s cookies in the middle of the night.
“I love you more than you know,” he would often say. Oh, we knew, Joe, we knew. And although we are heartbroken over his sudden passing, we also know that the love never dies.
It was on Monday, October 7, 2019, at JFK Medical Center in Atlantis, Florida, that Joe went home to be with the Lord. He will be greatly missed by his family and friends until we see our beloved Joe again one day.
Surviving are his wife, Margaret, of Lake Worth; his children and their spouses, Rosemary
Damiano of Lake Worth, Andre V. And Elizabeth Damiano of Jupiter, and Christine and Chris Stevens of Lake Worth; five grandchildren, Liana Damiano, Anthony Damiano, and Mia Damiano all of Jupiter, Summer Rose Stevens of Orlando, and Lily LaBella Stevens of Lake Worth. Also surviving are many nieces and nephews, with whom he shared a special relationship, great nieces, great nephews, cousins, of Utica; in-laws, including, Vincent LaBella of New Hartford, Carol Roefaro and Maria and Leo Callari all of Utica. He was preceded in death by his beloved son, Joseph S. Damiano on March 13, 1994; two sisters-in-law and two brothers-in-law, Antoinette LaBella, Dorothea and Thomas Adrean, and Renato Roefaro.
In keeping with Joe’s wishes, no funeral services are being held. The family would like to thank the Lake Worth Paramedics for their valiant efforts, quick response, and genuine concern that was displayed to Mr. Damiano and his family during this very difficult time. Local arrangements have been entrusted to the Adrean Funeral Service, Inc. Utica, NY.
Read Less

To plant a memorial tree in honor of Joseph A. Damiano, please visit our Heartfelt Sympathies Store.

There are no events scheduled. You can still show your support by sending flowers directly to the family, or planting a memorial tree in memory of Joseph A. Damiano.
Plant a Tree

We encourage you to share your most beloved memories of Joseph here, so that the family and other loved ones can always see it. You can upload cherished photographs, or share your favorite stories, and can even comment on those shared by others.

Plant a Tree in Memory of Joseph
Plant a tree 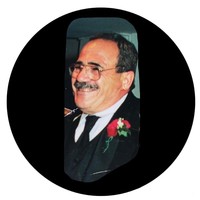 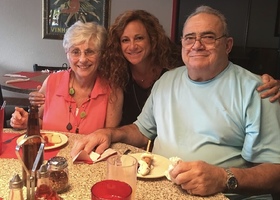 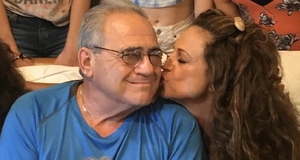