To share your memory on the wall of Shirley M. (Streed) Fero, sign in using one of the following options:

Provide comfort for the family by sending flowers or planting a tree in memory of Shirley M. (Streed) Fero

Provide comfort for the family by sending flowers or planting a tree in memory of Shirley M. (Streed) Fero

To send flowers to the family or plant a tree in memory of Shirley M. (Streed) Fero, please visit our Heartfelt Sympathies Store.

We encourage you to share your most beloved memories of Shirley M. (Streed) Fero here, so that the family and other loved ones can always see it. You can upload cherished photographs, or share your favorite stories, and can even comment on those shared by others.

Posted Aug 11, 2019 at 08:26am
I send my condolences to the family. I knew Shirley from the West Winfield Library. She loved volunteering there. She had such spirit, insight and kindness. I remember when she had to leave so she could do babysitting and she cried because she didn't want leave but yet she wanted to help her family. We lost touch after a few years and I just accidentally saw this. So sorry for your loss. She was an amazing woman.
Comment Share
Share via:
ER 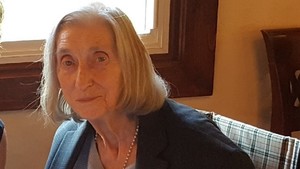