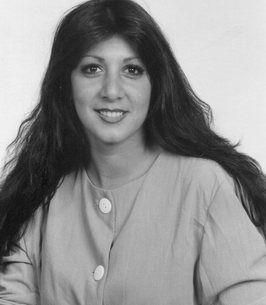 Share this tribute
Memorial Candles Lit for Jamie | SEE ALL
Light a Candle
"We are honored to provide this Book of Memories to the family."
— Adrean Funeral Service, Inc.
Funeral Details Memory Wall Photos & Videos Plant a Tree

Print
Jamie Ann Shaffer, age 51, of Utica, passed away unexpectedly, on Tuesday, November 27, 2018 at Upstate University Hospital in Syracuse, NY. She was born in Utica on July 14, 1967, a daughter of Joyce Arcuri Shaffer who was born Joyce Dziok and the late Paul J. Shaffer. Jamie was raised and educated in New Hartford, where she graduated from New Hartford High School with the class of 1985. She continued her education at Herkimer County Community College where she was awarded an Associates Degree in Business Administration. Soon after graduating Jamie accepted a position with the General Electric Company in Syracuse, NY. She later began a career in her family’s business, Shaffer Insurance Agency in New Hartford; she acquired her Property and Casualty License and has been serving as an Agent Producer (CSR) for over 25 years. At one time she was the owner and operator of Shaffer’s Village Pub, formerly Wimpy’s on Genesee Street in the Village of New Hartford. Most recently Jamie’s talent and passion for design led her to establish “I Love My Wreaths”, a successful business which allowed her to create holiday wreaths for every season; she was able to market them all over the Country. Jamie was the author of “The Ultimate Guide to Great Gift Ideas”; her book was #1 on Amazon’s best sellers list for six weeks.
Surviving are her mother, Joyce Arcuri Shaffer of New Hartford; two brothers, John P. Shaffer and his fiancée, Gioia Nicotera both of Utica, and Paul J. Shaffer, Jr. of California; a sister-in-law, Gloria Shaffer of Flushing, NY; a sister, Jill A. Shaffer of Boca Raton, FL; two nieces, Nicole Shaffer and Gwendolyn Shaffer; aunts and uncles, Nicholas L. Arcuri, Jr. of Utica, Mary and David Matt of Rome, and Gerald Mead of Canandaigua; cousins, Tiffany and John Accattato, Tanya and William Gout, Nicholas L. Arcuri, III, Kim-Marie and John Kleaka, Jesse Cobb, Nicole Cobb and her fiancée, Nicholas Tresoline, Mel and Mary Jane Barnes, William Bill” and Tracey Barnes, Mary Lou and Brian Watkins, Brad Mead, and Pamela and Robert “Bob” Lambiase. She was predeceased by her maternal grandparents, Nicholas L. and Florence (Petrowski) Arcuri; her paternal grandparents, John P. and Louise (Cappelli) Shaffer; aunts and uncles, Edward S. Arcuri, Eleanore and Anthony “A. J.” Parlagreco, Carmella “Cora” and John Paciello, Joan Mead, and Marie “Mi Mi” Arcuri.
Visitation will be held on Sunday afternoon from 2:00-4:30 at the Adrean Funeral Service, Inc., 700 Rutger St., corner of Mohawk Street (at the Matt Funeral Home). Jamie’s funeral service will commence on Sunday afternoon at 4:30 at the funeral home immediately following visitation. Interment will take place in Calvary Cemetery at the convenience of the family.
In lieu of floral offerings please consider memorial contributions in Jamie’s memory to the Lupus Foundation of America, Inc. Envelopes will be available at the funeral home.

To plant a tree in memory of Jamie Ann Shaffer, please visit our Heartfelt Sympathies Store.

We encourage you to share any memorable photos or stories about Jamie. All tributes placed on and purchased through this memorial website will remain on in perpetuity for future generations.

JW
So sorry to hear about jamie. I went to school with her and her brothers.
JOE WEIBEL - Wednesday December 05, 2018 via Condolence Message
Share This:

PS
To Joyce and family;
Our deepest sympathy to you and your family. May her soul rest in peace.
Sincerely,

WM
The world is a little darker today. Jamie had such a sweet spirit and always had an infectious smile - only fond memories of her. Very sad to receive this news. Deepest sympathies to her family.
Will McHale - Sunday December 02, 2018 via Condolence Message
Share This:

P
I WISH WE TALKED MORE AND NOW YOUR GONE, HOW STUPID I AM NOT KNOWING HOW GREAT YOU ARE, I LOVE MY SISTERS AND MOTHER AND ONLY LIKE YOUR CONVERSATIONS, HOW I WISHED WE TALKED MORE
PAUL - Saturday December 01, 2018 via Condolence Message
Share This:

F
Dear Joyce, John, Jill, Paul Jr. ,
And the entire Arcuri/Shaffer Families
Our deepest sympathy to all of you for this untimely heartache. Jamie truly was beautiful inside and out.
May she be surrounded by angels as she joins her wonderful Dad who be assured was right there to welcome her.
God Bless you all and know our thoughts and prayers
are with you.
Fred and Jeanne Castronovo
Fred and Jeanne Castronovo - Saturday December 01, 2018 via Condolence Message
Share This:

I am so sorry for your loss, my daughter died at the same age, no age is easy. I didn't know her but she is a beautiful girl and I know your hearts are broken. Grief is especially hard this time of year and comes in waves. It show how much you love them but when it hits, there is little consolation. We have to remind ourselves that love never dies and thank God for the memories which sustain us.

Please know that Sue and I share your sorrow at this time and that our hearts and prayers are with you and your family. 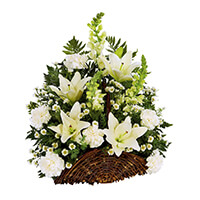 With All Our Love and Deepest Sympathies
Uncle Jerry, Brad and Pam & Bob - Friday November 30, 2018 via Heartfelt Sympathies
Share This:

JA
To my dear family,

We are so sorry about the loss of our beloved Jamie. We send our deepest condolences to you and share in your grief. Jamie's beauty resonated inside and out and we will never forget her everlasting smile. Please let us know if there’s something we can do to somehow lessen the pain you feel in your hearts. We will always be there for you.

Our love and sympathy to Aunt Joyce, Jill, Paulie, John and their families.
John & Tiffany Accattato - Thursday November 29, 2018 via Condolence Message
Share This:
1 2 next page >>
Page 1 of 2
Share
×

Provide comfort for the family by planting a tree.

Share on Facebook
Plant a Tree in Memory of Your Loved One
An Honouring a Life memorial tree is a unique tribute which provides global benefits like no other memorial gift could.
Plant a Tree
Family Log-In