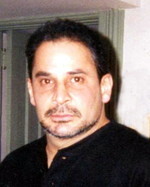 Mr. Steven N. “Stallion” Solomon, age 67, of Utica, passed away unexpectedly on Monday, June 26, 2017 at his home.
He was born in Utica, NY on December 19, 1949 a son of the late Henry P. and Miriam (Tumposky) Solomon.
Mr. Solomon was raised and educated in Rome, NY where he graduated from Rome Free Academy in 1969. He was a proud Veteran, he served with the United States Air Force from July 1, 1969 to March 30, 1973. Steve worked in Rome, NY as a Mason for many years.
Steven had a great love for music; he often shared his talent by playing the guitar to the many people in his life; he had a great passion for the out-doors, and especially enjoyed fishing and golf.
Surviving are three daughters and a son-in-law; Kristin and Darryl Fedor of Whitesboro, Ashlee Watson of Rome, and Teren S. Solomon of Oswego; several grandchildren; a nephew, Keith Solomon of Rome; and two nieces, Tammi Solomon Reynolds of CA, and Torri Solomon Dobson of NJ. Also surviving are several extended family members including, James Linn. He was preceded in death by a brother, Jeffrey Solomon.
Visitation will be held on Saturday afternoon, from 1:00-2:00 at Adrean Funeral Service, Inc., 700 Rutger St., corner of Mohawk St., Utica (at The Matt Funeral Home). Mr. Solomon’s visitation will conclude with Military Honors at 2:00 P.M. at the funeral home.


Provide comfort for the family by planting a tree in memory of Steven N. "Stallion" Solomon, please visit our Heartfelt Sympathies Store.